LIVE: Fulham vs Burnley - Cottagers will be RELEGATED if they lose, as Scott Parker's side look to keep slim survival hopes alive by cutting gap to Sean Dyche's Clarets to six points 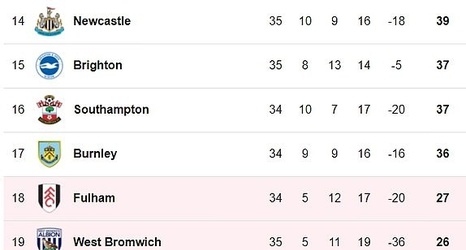 Fulham must avoid defeat against relegation rivals Burnley this evening to keep any faint hopes of staying in the Premier League alive.

Follow Sportsmail's live runner for EPL coverage of Fulham vs Burnley, including scoreline, lineups and build-up.

Fulham are clinging on to premier League survival by a thread.

A defeat today will consign them to relegation but a win will close the gap to their second-placed to six points with three games remaining.