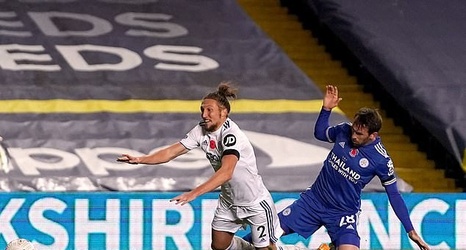 Leicester defender Christian Fuchs has claimed Leeds counterpart Luke Ayling has apologised to him for diving to try and win a penalty during Monday's Premier League clash.

Ayling took a tumble inside the box 17 minutes from time in Leeds' 4-1 defeat to the Foxes after appearing to anticipate contact from Fuchs, but it never came and the Leicester veteran instead pulled out of making any challenge.

The 29-year-old did not appeal for a penalty with his side trailing 3-1 at the time, and after heading back rather embarrassed back into position, replays confirmed that he had gone down far too easily.