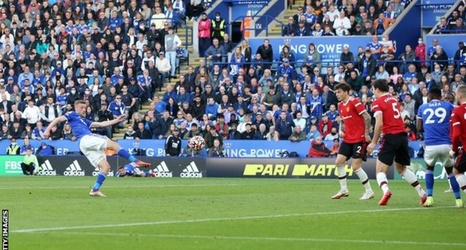 Substitute Marcus Rashford looked to have extended the visitors' unbeaten away record to 30 top-flight games with an emphatic equaliser on his return from injury.

However, Vardy scored 54 seconds later from Ayoze Perez's cross and Patson Daka added a fourth with a header in stoppage time.

Mason Greenwood had given United an early lead but the Foxes hit back with goals from Youri Tielemans and Caglar Soyuncu before the dramatic conclusion.