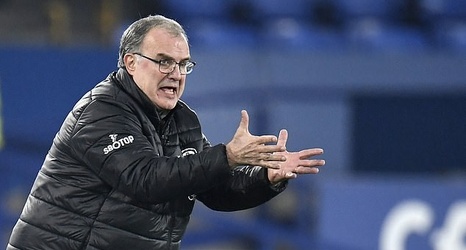 Marcelo Bielsa says the Spygate affair has not damaged his relationship with Frank Lampard.

The Leeds boss comes up against his opposite number at Chelsea for the first time in the Premier League on Saturday night.

It was in January of last year that Bielsa dispatched an intern to spy on Lampard’s Derby during training. The Argentine subsequently paid an EFL fine of £200,000.

But, despite Lampard’s fury at the time, Bielsa insisted: ‘It (our relationship) is not bad. The relationship I have with him is similar to the ones I have with the rest of my colleagues.