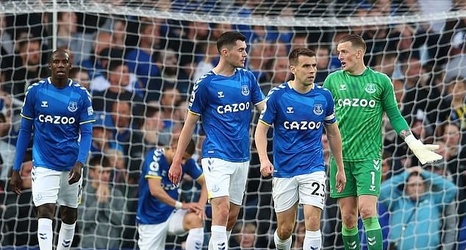 The Premier League are facing the extraordinary prospect of being sued for £200million by Leeds or Burnley for failing to uphold their own financial rules.

The two relegation-threatened clubs wrote to the Premier League last week warning that they reserve the right to take legal action due to their failure to take any action against Everton for the club’s extravagant spending, which has led to them posting losses of £371.8m over the last three years.

Sportsmail revealed last month that Everton’s relegation rivals were preparing to take legal action due to what they regard as a flagrant breach of the Premier League’s profit and sustainability rules, which limit clubs to losses of £105m over three years, and with the final league positions to be determined this weekend after Frank Lampard’s side ensured their survival with a stunning 3-2 win over Crystal Palace on Thursday night they have sprung into action.