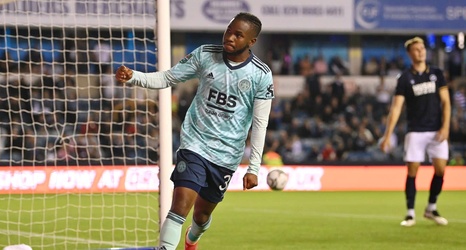 The President of the Nigeria Football Federation (NFF) Amaju Pinnick confirmed that Leicester City forward Ademola Lookman has started the process of switching his international allegiance from England to the Super Eagles.

Pinnick revealed some of his conversation with Lookman when he visited the RB Leipzig loanee and selected other Nigerian players in the UK over the weekend.

Lookman, born to Nigerian parents in England, has played for the European country's youth teams and he is now focused on being a part of Gernot Rohr’s squad.

The Fifa Council member also disclosed that the Super Eagles are working to get Al Shabab striker Odion Ighalo back in the national team after he announced his international retirement at the end of the 2019 Africa Cup of Nations in Egypt.