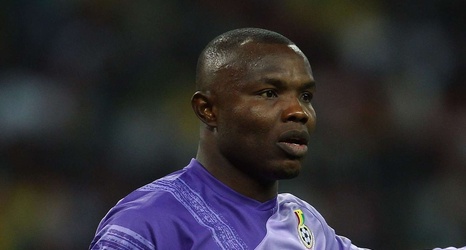 Former Ghana goalkeeper coach Richard Kingston has been reappointed to take up the role he lost in 2019.

He replaces Najawu Issah, the man who replaced him two years ago, and who has now been re-assigned to the Ghana home-based Black Stars side.

The ex-Birmingham City shot-stopper was first handed the position in 2017.

“The Ghana Football Association has appointed former International Richard Kingston as Goalkeepers trainer of the Black Stars,” the GFA has announced on its official website.