Jurgen, look away now! Winter World Cup in Qatar set to trigger injury nightmare as Premier League clubs are warned over the impact the endless schedule is going to have on their players 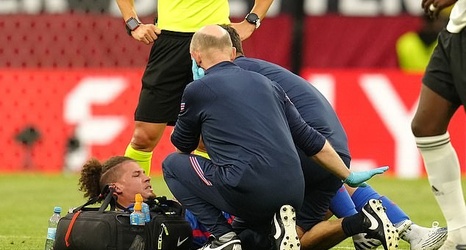 Premier League clubs have been warned to prepare for another season of injury chaos with the World Cup set to put players at even greater risk.

Experts believe the jam-packed campaign, with a shortened pre-season and a World Cup in Qatar, will create ‘a perfect storm’ for players to suffer increased injuries.

Research by Premier Injuries showed many of England’s outfield players who featured at Euro 2020 suffered a substantial drop in Premier League minutes last season due to either rotation or injury, adding to concerns for the welfare of Gareth Southgate’s squad.