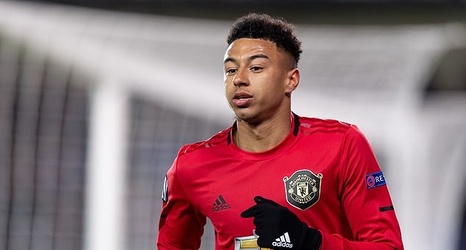 Manchester United midfielder Jesse Lingard says players and staff are keeping each other in the loop during the ongoing coronavirus shutdown, with a Whatsapp group being set up to hand out fitness regimes.

Football across the Premier League and EFL is set to be suspended until at least April 30 - although it is likely to stretch out further - with the disease forcing people across the country into their homes except for in exceptional circumstances.

The virus has already shut the game down nationwide, but players have also been forced to keep themselves fit at home with no top facilities at their club to rely on, and Lingard said there has been no let-off in work rate amongst the team - who are eager to keep their fitness levels up during the break.