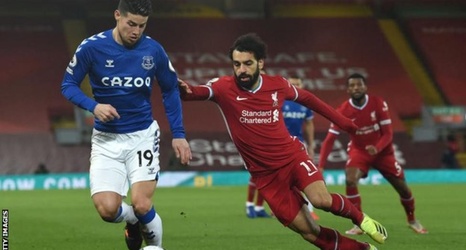 Everton boss Rafael Benitez says he allowed James Rodriguez to leave the club because of his injury record and to free up funds for further signings.

The Colombia international, 30, spent a year at Goodison Park, having been signed by former boss Carlo Ancelotti.

But with wages of about £200,000 a week and having missed large parts of last season through injury, the midfielder joined Qatari club Al Rayyan this week.

"We have to maximise the resources we have," said Benitez.

"Having a player being available for 50% of games in the Premier League is not something we can manage easily.