'It's important to be humble': Frank Lampard insists he 'won't get excited' about table-topping Chelsea despite impressive unbeaten run continuing with victory against Newcastle 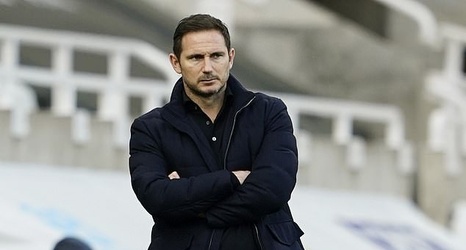 Chelsea manager Frank Lampard has insisted that he won't get carried away after his side went top of the Premier League table.

An own goal from Federico Fernandez and a strike from Tammy Abraham saw Chelsea, temporarily at least, move to the top of the table as they went above Leicester on goal difference.

Chelsea could soon be knocked off the top spot and Lampard stressed the importance of remaining humble and stated that the battle to win the Premier League this season will be an intense one.

Speaking to BT Sport after the game Lampard said: 'It's not an easy game.