'It’s devastating, it’s another blow. We’ve got to stop this happening': Gary Neville urges rules change after Derby go into administration, saying owners' desperation to join the Premier League is killing off clubs 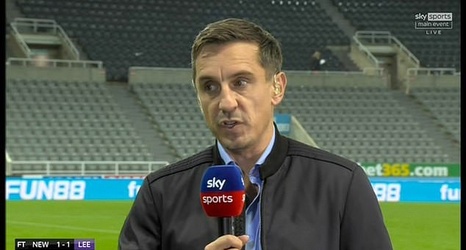 Gary Neville has pleaded with the UK government and football authorities to make sweeping changes to club ownership rules as Derby became the latest club to fall into administration.

The Rams, managed by former England captain Wayne Rooney, announced the shock news on Friday, with Derby potentially facing a 21-point deduction for their financial collapse.

Various reports suggest that the deduction could total up to 21 points - nine for Derby's financial irregularities and 12 for entering administration - although it is within the EFL's discretion to determine the appropriate sanction.