'It got more complicated under Emery and Arteta': Former Arsenal captain Laurent Koscielny backs Mesut Ozil in his row with manager and says star 'is always professional' and 'undoubtedly' has the quality to play for the Gunners 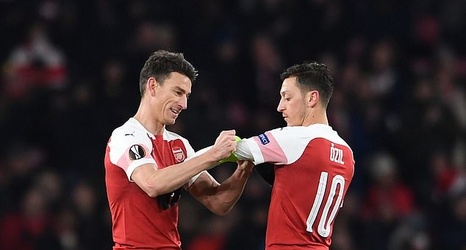 Laurent Koscielny has weighed into the debate over Mesut Ozil's omission from Arsenal's plans, insisting his former team-mate is 'always professional' and 'undoubtedly' has the quality to start for the Gunners.

The 2018 World Cup winner - who is earning £350,000 per week at Arsenal - has been ruthlessly axed by Mikel Arteta, excluding him from both his Premier League and Europa League 25-man squads.

And Ozil's exclusion has led to a war of words between both Arteta and the German playmaker's agent, who accused the Arsenal boss of being 'dishonest' over his client's exile.