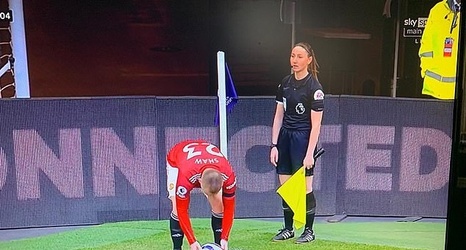 Iran's state TV channel were forced to crudely cut away from their Premier League broadcast of Tottenham vs Manchester United more than 100 times to avoid showing assistant referee Sian Massey-Ellis.

The Islamic Republic state broadcaster instead showed Iranian viewers a landscape shot of the Tottenham Hotspur Stadium and the backstreets of Enfield in a bid to avoid showing Massey-Ellis, who was wearing shorts.

According to an Iranian civil rights group, the decision to continually cut away from the action was to stop viewers from seeing the bare legs of Massey-Ellis.