'If my situation changes, I hope I am told' - Koeman focused on the pitch amid Barcelona boardroom turmoil 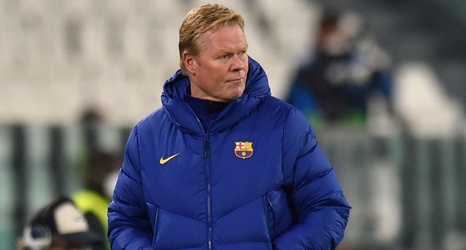 A day after Bartomeu resigned, Barca showed few affects as they claimed a 2-0 win over Juventus in the Champions League.

After a trophy-less 2019-20 season, Koeman was appointed as Barca coach in August, and the La Liga giants faced further turmoil as Lionel Messi requested to leave, only for the star to remain.

Asked if he was worried about his position following Bartomeu's resignation, Koeman said that was not the case.