'I love Gini but this is NOT right': Liverpool legend Jamie Carragher hits back at Georginio Wijnaldum after he admitted he didn't feel 'loved and appreciated' at Anfield... as former defender insists new PSG star 'wanted more money but the club said no' 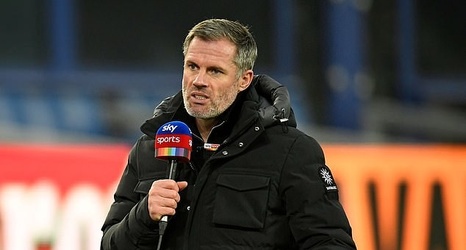 Jamie Carragher has hit out at Gini Wijnaldum over comments the midfielder made about his departure from Liverpool this summer.

The 30-year-old's contract at Anfield expired at the end of June, and though he was heavily linked with a move to Barcelona he ultimately decided to join Mauricio Pochettino's Paris Saint-Germain side.

Speaking on the circumstances surrounding his Liverpool exit, Wijnaldum criticised both those at the club and fans on social media for what he felt was unfair treatment.

But Carragher took to Twitter to defend his former club, and to suggest the reason for the Dutch midfielder's move was simply a financial one.