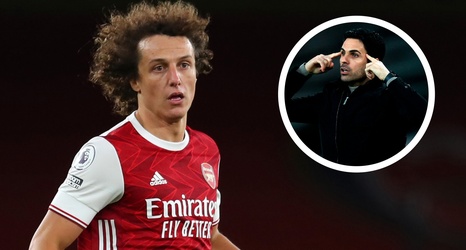 Mikel Arteta has opened up about David Luiz’s imminent departure from Arsenal, admitting he feels ‘sadness’ at the centre-back’s impending exit.

Luiz will leave the Gunners on a free transfer once his contract expires at the end of the season, two years after he arrived from Chelsea.

The decision was made after talks held last week and, whilst saying that it was a decision that suited all parties, Arteta is going to miss not having the 34-year-old around anymore.