How Graham Potter's high-flying Brighton are outperforming some of the Premier League's big guns: Coping without Ben White, ignoring the clamour to sign a new No 9 and showing ruthlessness in front of goal 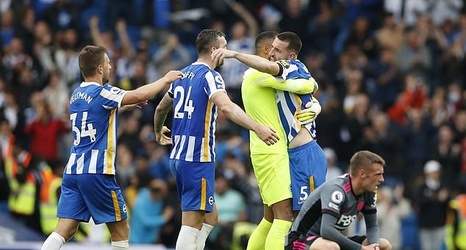 These are heady times for Brighton.

It may be early days in the season, but there's some significance to sitting above Manchester City after five games.

On Sunday, they defeated a strong Leicester side expected to compete for European places. It was the first time they've beaten the Foxes in nine attempts, which is evidence that they've made strides forward.

Brighton fans will joke about their chances of still being in fourth come the end of the season, but if their recent form is an indication of anything it is that they won't be looking over their shoulders come May.