How do you solve a problem like Kai Havertz? Why Frank Lampard needs to work out where his £89m man fits in his Chelsea side before crucial Manchester United test 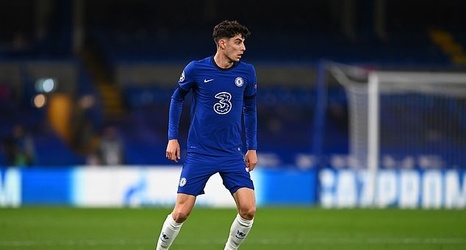 Frank Lampard's role for Kai Havertz in the Chelsea attack is fairly obvious, but the jury is still out on the 21-year-old attacker.

The Blues' new £89million signing has shown some promise, such as a hat-trick display in the EFL Cup win over Barnsley and getting his first Premier League goal in the 3-3 draw with Southampton, but question marks still exist about Havertz's role in the side.

The German was disappointing in Chelsea's 0-0 draw with Sevilla, while former Blues star Frank Leboeuf publicly admitted he was 'unconvinced' by the former Bayer Leverkusen man despite netting four goals so far this campaign.