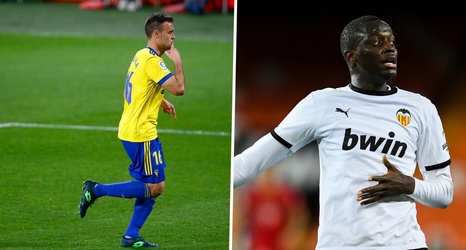 Mouctar Diakhaby has accused Juan Cala of calling him a "sh*tty black" on the pitch, but the Cadiz star has denied any wrongdoing while claiming that he's the victim of a "public lynching".

Sunday's La Liga clash between Cadiz and Valencia at Estadio Ramon de Carranza had to be stopped after 30 minutes after an altercation between Diakhaby and Cala .

The Valencia squad walked off the pitch after Diakhaby accused the Spaniard of racially abusing him, only for the defender to instruct his team-mates to resume playing without him a short while later to avoid being docked any points.