'He can cause teams nightmares': Marcus Rashford heaps praise on 'brilliant' summer signing Dan James and backs him to get even better at Manchester United 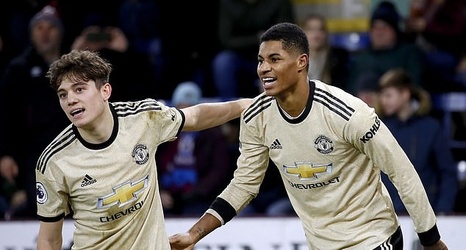 Marcus Rashford has waxed lyrical about his Manchester United team-mate Dan James, saying he can be a nightmare for opposition defences.

The in-form striker had plenty of superlatives for the Welsh international, who signed from Swansea for around £15million, heaping praise on his attitude since he stepped foot on the training ground.

James, 22, has nailed down his place as a trusted member of Ole Gunnar Solskjaer's squad, starting 22 games for the Red Devils in all competitions this season, scoring three goals and providing six assists.

Rashford, himself a former young prospect at the club, has been quick to single him out and commend him for his dedication to the team, adding that the team are keen to work with him further to help unleash his danger threat.