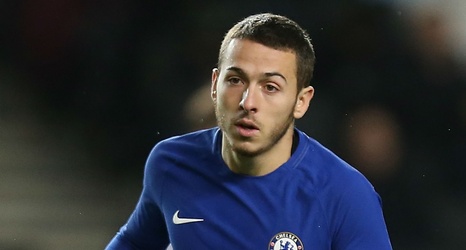 Kylian Hazard has moved a step closer to leaving Chelsea after joining Dutch side VVV Venlo on trial.

Hazard, the brother of Eden and Thorgan, joined the Blues in 2017 from Ujpest in Hungary.

However, the midfielder is yet to make a first-team appearance for Chelsea, plying his trade with the club's development side instead.

And it now appears Hazard could be on the way out of Stamford Bridge after Eredivisie outfit VVV Venlo confirmed the news on Friday.

A brief statement on the club's website read : “Kylian Hazard will train at VVV-Venlo for the next ten days.