Gareth Southgate should be worried about Jordan Henderson 'getting into trouble' with referees at Euro 2020 according to Mark Halsey... as former Premier League official warns England their ill-discipline could cost them 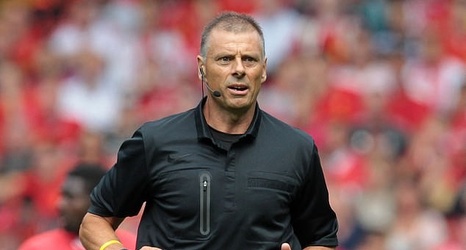 Mark Halsey has warned Gareth Southgate that he should be concerned about Jordan Henderson getting into trouble with referees at Euro 2020.

The former referee, who took charge of Premier League matches for 14 years, believes that England's discipline or potential lack of it could prove crucial at this summer's tournament.

And Halsey has warned the English players not to take the physicality of the Premier League into the international game, while urging Henderson to be cautious when it comes to talking to referees.

'As for players Gareth should be worried about getting into trouble on the pitch, Jordan Henderson is very vocal,' Halsey told BETDAQ.