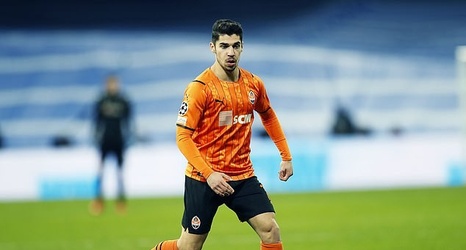 Shakhtar have also negotiated a 15 per cent sell-on clause as part of the transfer fee for the 22-year-old, who is expected to sign a five-year contract.

The Israeli was forced to flee from his home in Kyiv last month amid Russia's invasion of Ukraine and made a harrowing 25-hour journey across the border to safety in neighbouring Poland.

Like many Shakhtar players he has been allowed to leave with football in the country suspended indefinitely, and his representatives Shlomy Ben Ezra and Pini Zahavi have been quick to find him a new home with Fulham.