From which clubs have Indian male footballers moved overseas to play? 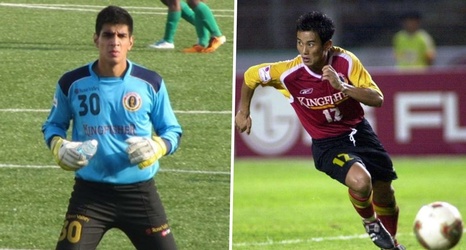 Sandesh Jhingan is the latest Indian male footballer to try his luck in Europe.

The first Indian player to play for a European club was Mohammed Salim who left Mohammedan Sporting to play for Scottish giants Celtic in 1936. Salim played two matches for Celtic as a trial with the club and had impressed the Celtic management who wanted him to offer a professional contract but unfortunately, he became homesick and decided to return.