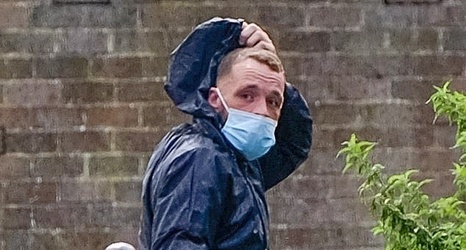 A football fan has denied racially abusing ex-England and Manchester United star Rio Ferdinand during the first Premier League match back with crowds since lockdown.

Jamie Arnold, 31, is accused of doing a monkey impression and shouting racial slurs towards the former defender while he was working as a pundit for BT Sports.

He was charged with using racist words and gestures during the fixture between Wolverhampton Wanderers and Manchester United on May 23.

The game was the first time Wolves' Molineux ground had hosted fans in more than a year following the pandemic lockdown.