Everton handed boost as Yerry Mina will NOT need surgery, but Frank Lampard admits defender will be out for the foreseeable future as injury will require 'a lot of work behind the scenes' 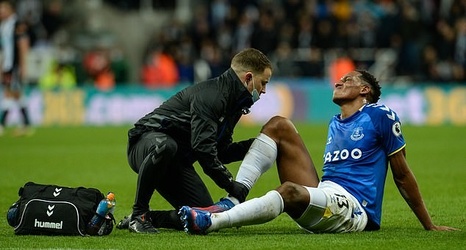 Everton defender Yerry Mina does not require surgery on his injured thigh.

The Colombia international suffered a high grade quadriceps tendon issue during the Toffees' 3-1 Premier League loss to Newcastle on February 8.

Lampard confirmed an operation is not necessary but expects to be without the 27-year-old player for the foreseeable future.