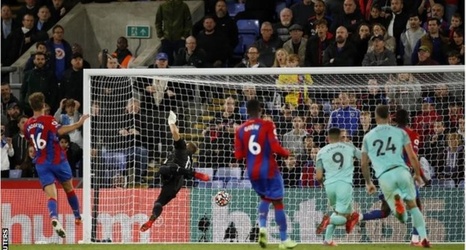 Arsenal have named 15-year-old Ethan Nwaneri as a substitute for Sunday's Premier League match against Brentford.

The attacking midfielder has impressed at youth level and appeared alongside established players Eddie Nketiah and Rob Holding on the bench.

Harvey Elliott is the youngest player to appear in the Premier League aged 16 years and 30 days for Fulham in 2019.

"We have the opportunities to bring young players on," said Arsenal manager Mikel Arteta before the Brentford game.

He added: "We are pretty short and opportunities come when issues arise."

Nwaneri, who was born in March 2007, has been allocated the number 83 shirt.