Cristiano Ronaldo is straight in after a goalscoring Man United second debut but Dominic Calvert-Lewin and Son Heung-min miss out due to injury... so, who tops the charts in our Premier League POWER RANKINGS? 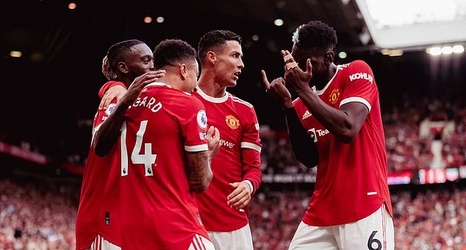 Premier League action returned last weekend following the international break and there were some high quality performances on display in another thrilling weekend of top-flight action.

Every week, Sportsmail will be bringing you a Power Rankings table, listing the top 10 players in the Premier League after each weekend's action is completed.

As the season continues to unwind, the rankings will provide a form guide with players moving in and out of the top 10 depending on both their performances in the previous fixtures and also in recent weeks.

Cristiano Ronaldo helped Manchester United beat Newcastle 4-1 to sit at the top of the table, while Arsenal finally got off the mark with a 1-0 victory over last-place Norwich City.