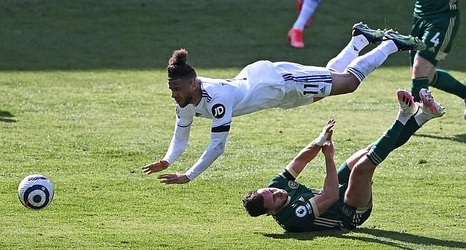 Chris Sutton has joined former strike partner Alan Shearer in condemning the treatment of George Baldock after the Sheffield United player took a bang to the head during this defeat by Leeds.

Baldock initially continued after being checked but came off five minutes later feeling groggy. Shearer was among those who criticised Baldock’s brief reappearance after his collision with Tyler Roberts.

And Sutton told Sportsmail: ‘It would be laughable if it wasn’t so sad, the sight of a player being given the old “follow my finger” treatment on the pitch and deemed fit to continue.