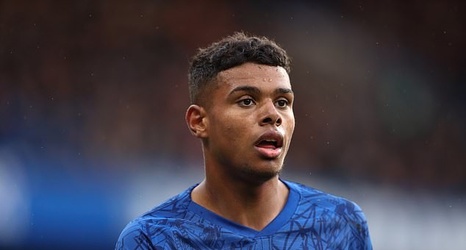 Chelsea prospect Tino Anjorin is set to join Huddersfield Town until the end of the season after cutting short his loan spell at Lokomotiv Moscow.

Anjorin, 20, has been recovering from a broken metatarsal for the past couple months and is to move to the Championship side instead of heading back to the Russian capital.

During his time for Lokomotiv, he made just two starts in the Russian Premier League.

He was briefly linked with Southampton, but they will be made to wait with their attempts until the summer should they look to secure his services.