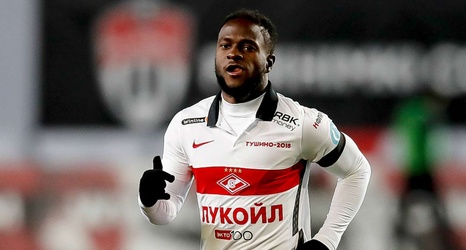 Victor Moses has been honoured with the Spartak Moscow Player of the Month award for May.

The Chelsea loanee played a vital role in helping Domenico Tedesco's side finish second in the Russian Premier League table with his contribution of two assists and a goal in the month under review.

On May 3, the 30-year-old helped Spartak Moscow secure a 2-1 victory over Arsenal Tula with his assists for Alexander Sobolev and Jordan Larsson in the 21st and 76th minutes respectively.