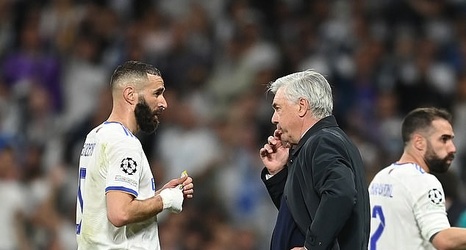 Benzema, whose 41 goals this season have guided Madrid to their 35th league crown and to the brink of their 14th Champions League, has enjoyed his best ever season at the Bernabeu.

Decisive hat-tricks against both PSG and Chelsea in the last 16 and quarter-finals of the Champions League, respectively, set up a mouthwatering tie with Manchester City in the semi-finals.

His two goals at the Etihad in the first leg kept Madrid in the tie, with his penalty in extra-time of the second leg proving the difference between the sides with Madrid running out 6-5 winners on aggregate.