'Can you imagine 30 years of waiting to win and the season is null and void? The uproar that would cause in Liverpool': Paul Ince believes there will be havoc if the current Premier League campaign is not concluded 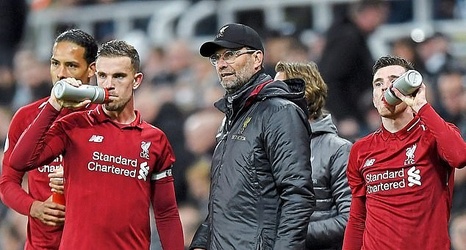 Paul Ince insists there will be 'uproar' if Liverpool are denied the Premier League title due to the season being declared null and void.

Jurgen Klopp's men have dominated the current campaign, winning 27 of their 29 league games and are only two victories from being crowned as Premier League champions for the first time.

However, the coronavirus pandemic has brought the world of sport to its knees and has seen major sporting events either postponed or cancelled altogether.

The COVID-19 outbreak has also led to calls for the current campaign to be declared as null and void which would see Liverpool harshly denied the title.