Burnley 2-1 Wolves: Clarets climb out of relegation zone with Ashley Barnes and Chris Wood on target before Fabio Silva's late penalty for visitors 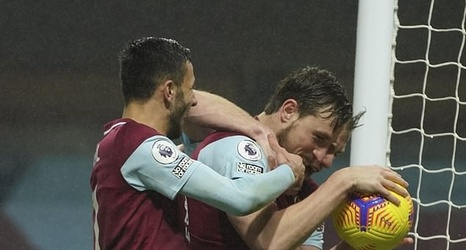 Normality felt nearby at Turf Moor. A peculiar phenomenon, given the week this country has endured. Locals sipping a tinny on Harry Potts Way in pre-match drizzle. Lads up ladders screwing in new Covid turnstile signage in preparation for their eventual return. Burnley resembling a team that will stay in this division.

A night for faith and optimism. The first time they have scored twice at home since February. A first goal for Ashley Barnes in 13 months. One point behind Arsenal with a game in hand now and a four-match unbeaten run that has arrived just as those around them pick up.