Bruno Guimaraes praises 'helpful' Eddie Howe for his work since taking over as Newcastle manager, claiming the 44-year-old 'has turned water into wine' under the club's new ownership 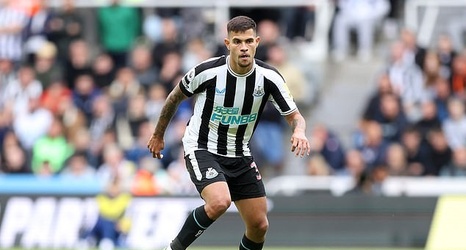 Newcastle midfielder Bruno Guimaraes has praised Eddie Howe for his work since taking over from Steve Bruce as manager of the club.

Howe replaced Bruce in November last year after the club was taken over from Mike Ashley, and has lead the Magpies to tenth in the Premier League table - with favourable fixtures on the horizon - after years of relegation battles.

Speaking to FourFourTwo via ChronicleLive, Guimaraes said Howe has 'turned water into wine' in 'bringing a winning mentality to the club' as the side look to push on under their new ownership.