Brighton player tests positive for coronavirus... but club don't reveal who it is as Graham Potter and chief executive Paul Barber hold press conference over the internet 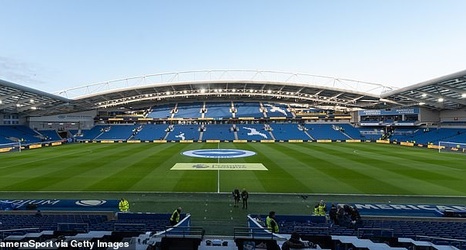 Brighton have revealed that one of their players has tested positive for coronavirus, but they wouldn't disclose who it is.

Albion CEO Paul Barber said during a virtual press conference on Thursday that three players had been tested for symptoms, with one returning positive results.

Graham Potter's squad are currently training from home as they comply with government guidelines on social distancing during the pandemic.

Barber said they were not testing their players routinely, but that a handful had shown cause for concern.

Potter also revealed his wife had shown symptoms of the deadly disease.