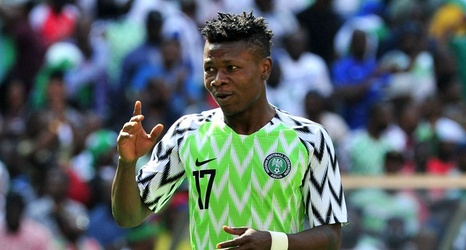 Bordeaux have confirmed Samuel Kalu has sustained hamstring injuries while on international duty, which rules him out of Saturday’s Ligue 1 clash with Olympique Marseille.

Kalu suffered his injury during Super Eagles’ 1-0 defeat to Algeria – which saw him substituted for Moses Simon in the 50th minute. He then missed Tuesday’s 1-1 draw against Tunisia.

The 23-year-old winger was among the goalscorers as Jean Gasset’s men silenced Dijon 3-0 at the Stade Matmut Atlantique before the international break.

Bordeaux have released an official statement confirming the winger’s damage to his left thigh ahead of their crunch fixture against Andre Villas-Boas’ squad.