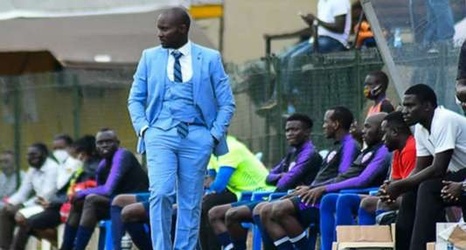 Wakiso Giants coach Douglas Bamweyana has expressed disappointment at how his team played against Kyetume FC in a Ugandan Premier League match on Tuesday.

The Purple Sharks were forced to fight from two goals down to pick up a point in a 2-2 draw with Kyetume at Kabaka Kyabaggu Stadium, Wakissha. Ibrahim Kasule and Yasin Mugume scored to cancel out goals from Baker Buyala and Saaka Sharif.

The result has left coach Bamweyana a disappointed man especially on the two goals his side conceded in their first home fixture of the 2020-21 campaign.

“I thought we never won second balls, we got a few bad situations at the start and probably we cleared that later,” Bamweyana told the club’s official website.