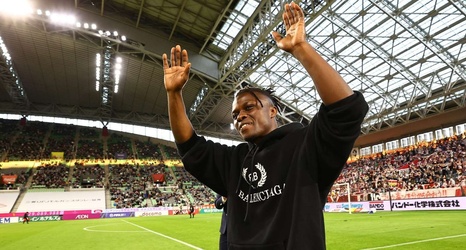 Vissel Kobe have officially unveiled Kenya winger Ayub Timbe after he signed for the team three weeks ago.

The speedy winger was without a club since mid-October 2020 after he parted ways with Beijing Renhe, but he was officially unveiled by the Japanese top-flight side - captained by Andres Iniesta - on March 1, although the two parties did not give details of the contract signed.

The Japanese club have now officially unveiled the player, with photos of him greeting a few club fans being posted on their social media pages.