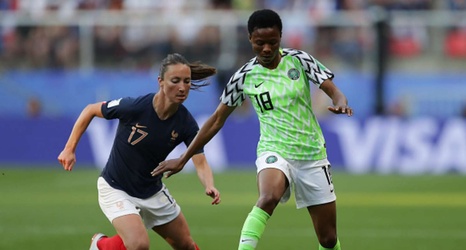 Halimatu Ayinde has set her sights on scoring more goals in 2021 following her matchwinner in Nigeria's 1-0 victory over Uzbekistan.

Ayinde was in superb form at Eskilstuna United last season as she provided two assists in 21 matches and was voted the team's 2020 Best Player of the Season.

Ahead of her 2021 Damallsvenskan campaign, the former Delta Queens star is already counting the gains of the Turkish Women's Cup as she looks to build on her fine start with her club.