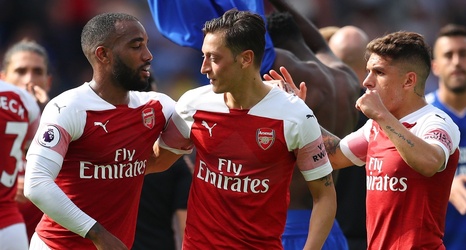 Arsenal's last trip to St James' Park ended in a 2-1 defeat towards the back end of last season, with head coach Unai Emery hoping for a more positive result when his side face Rafa Benitez's men on Saturday.

The Gunners have conceded eight goals in their opening four Premier League games so far, but recorded a narrow win in their last game against Cardiff before the international break.

However, Newcastle have only beaten Arsenal twice in 23 meetings in all competitions (D5, L16) and will come up against an Emery team who are looking to win consecutive Premier League away matches for the first time since May 2017.