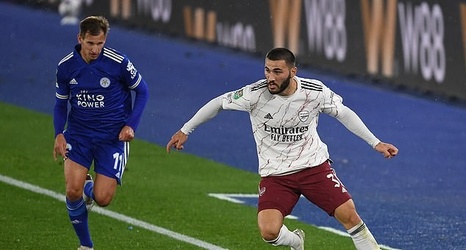 The Gunners are looking to raise vital transfer funds before the window shuts on October 5 and a deal involving both Leverkusen and Arsenal should progress on Wednesday.

Kolasinac has fallen down the pecking order under Mikel Arteta at the Emirates, with Kieran Tierney impressively nailing down the first-choice spot while Ainsley Maitland-Niles can also fill in on the left flank.

Kolasinac joined Arsenal in 2017 and has featured 107 times for the club, but his time in north London appears to be drawing to an end as the Gunners desperately look to gain the required money for priority targets Houssem Aouar and Thomas Partey.