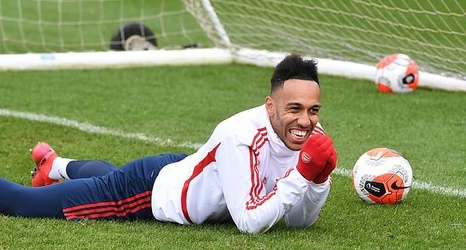 Arsenal have reportedly slapped a £50million price tag on the head of their wantaway captain Pierre-Emerick Aubameyang as Barcelona prepare to swoop.

The Gunners have tried, and failed, to renew their star man's contract at the Emirates, and they look resigned to losing him in the summer.

According to a report in SPORT, Arsenal will demand €55m (£50m) if they are to sell this year, which is a distinct possibility if they opt to cash in now rather than losing him on a free 12 months later.

Aubameyang is Arsenal's most important player and Mikel Arteta will be desperate to keep him next season for another assault on the top four, but it looks increasingly likely that he will end his spell in England.