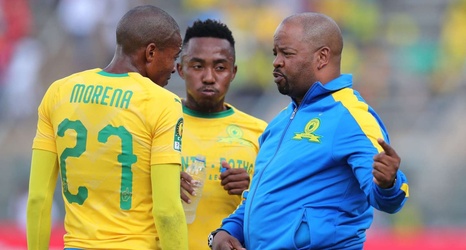 Mamelodi Sundowns co-head coach Manqoba Mngqithi has revealed the local giants were not under any threat from AmaZulu to retain their PSL title.

The Brazilians clinched their record-setting fourth consecutive title on May 26 after a 3-1 win against 10-man SuperSport United, becoming the first team in the league’s history to win the title in four consecutive seasons.

Despite AmaZulu putting up a late fight to beat Masandawana to the crown, the reigning champions held on to finish the season with a gap of 13 points and Mngqithi believes his side had already built a firm grip on the title and they were not under any threat to relinquish it.