'Ahh, I am really happy' - Aubameyang after handing Arsenal win vs Norwich City 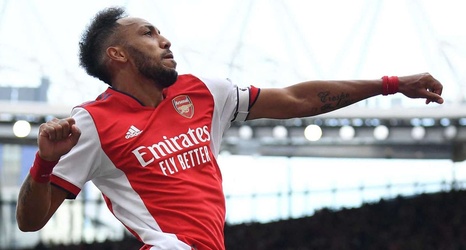 Arsenal captain Pierre-Emerick Aubameyang was happy with the impact the fans had on Saturday in their 1-0 win over Norwich City in the Premier League.

The striker scored the goal that handed the North Londoners maximum points at the Emirates Stadium. It was an excellent way of ending a poor start to the 2021/22 campaign.

It was a goal also that eased the pressure on Mikel Arteta's side who, prior to the result, were at the bottom of the table.