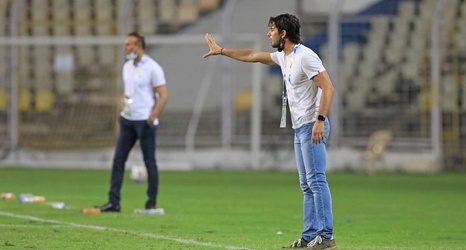 The FC Goa coach admitted that his side made mistakes but defends his side's performance amid fatigue...

FC Goa head coach Juan Ferrando lamented the injuries in his squad after the 4-0 defeat to Iran's Persepolis in a 2021 AFC Champions League (ACL) Group E clash on Friday night.

After picking goalless draws against Al-Rayyan and Al Wahda in the opening fixtures, the Gaurs lost back-to-back games against Persepolis. Ferrando feels that there is nothing much his side could do to avoid the defeat.

"It was a very difficult match.