The Premier League: Who’s Going Down? 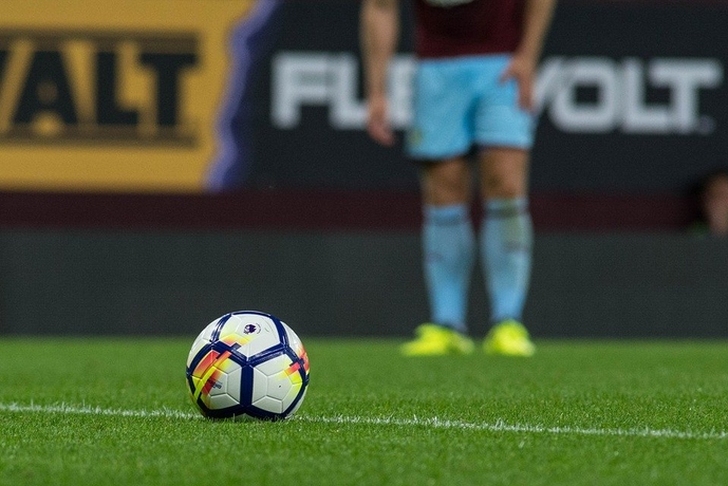 Amazingly, it’s only been three months since there was last a Premier League football game in England. It feels like much longer than that. Normally, when there’s been a pause in the calendar for this long, it’s because one season has ended and another has begun. That’s not the case this time around. We might all have been away for a while, and the players might have had a long break from the action, but it’s still the 2019/2020 season. What was started last August must now be finished, and there are plenty of matters to be resolved.

Unfortunately for the impartial viewer, there won't be much excitement at the top of the table. Unless Liverpool somehow manage to lose every remaining fixture they have, and Manchester City finds a way to win all of theirs, the title is heading to Anfield for the first time since the Premier League was formed in 1992. That's wonderful news for Liverpool fans, but not so much for everyone else. There's no need to despair, though. While there might not be much to play for at the top of the table, there's everything to play for at the bottom.

Subscribe to Chat Sports on YouTube for the latest on the NFL, NBA, college football and more!

Perhaps now more than ever before, relegation from the English Premier League is catastrophic for a football club. The drop in television and sponsorship money is only partially covered by the division’s ‘parachute payments,’ and the best players at any relegated team will inevitably want to leave. Attendances drop, interest wanes, and recovery is difficult. The Championship is a notoriously difficult division to gain promotion from, with the lineup of the top six often determined almost as randomly as the symbols on the reels of a new online casino. The comparison doesn’t stop there, either. The riches that come with staying in the Premier League would put the jackpot offering of any online slots game to shame. Teams may have more influence over their fortunes than the players at online slots websites do, but there’s no doubt that whoever escapes the drop this year will be as lucky as any winning gambler.

With that in mind, let’s take a look at who’s skating on thin ice at the moment, and which of those teams is most likely to take the plunge.

Norwich City
If you've been following Premier League football for ten years or more, you've become accustomed to Norwich City's comings and goings from the top flight by this point. West Bromich Albion used to be the team best known for bouncing between divisions, but the team from Norfolk has long since stolen that crown. The bookmakers are virtually certain that Norwich are going down, and it's hard to disagree with their assessment. The general consensus is that manager Daniel Farke plays an attractive style of football, but doesn't have enough quality players at his disposal to compete at this level. Like Blackpool ten years ago, they look good when going forward, but they're wide open at the back, and with the side six points from safety at the time of writing, it's hard to see where they're going to get the points they need for survival from.

Aston Villa
Back in the 1980s, Aston Villa was one of the biggest teams in the country and in all of Europe. How long ago those days must seem to long-suffering Villa fans now. When Villa suffered relegation at the end of the 2015/2016 season, everyone expected them to come back the following year, but it wasn't until 2019 that they fought their way back out of the Championship, and now they're at risk of dropping straight down again. Manager Dean Smith was the man who brought them back up, but he's not universally liked by Villa fans and will take the brunt of the blame if they go down. All is not lost yet, though, and Villa has the quality to escape their predicament.

Bournemouth
Not long ago, Eddie Howe was being hailed as one of the best young managers in the country and a future contender for the England manager's job. Now he finds himself battling against relegation with a Bournemouth side who have arguably been punching above their weight for several years. Everyone expected Bournemouth to finish bottom of the Premier League the season they were promoted, but they've so far overcome the odds every time and have even managed a couple of respectable mid-table finishes. Is this the year their luck runs out? Possibly. Their saving grace might be their experience. They might be on a similar number of points as the teams around them, but they have the advantage of having been in Premier League relegation battles before. Not all of their opponents do.

Watford
Around Christmas time, Watford appeared to be dead and buried. They were on their third manager of the season already, they were bottom of the table, and they could barely score a goal, let alone pick up any points. After years of changing managers almost every season and bringing players in and out through the club's revolving door, it looked like they were going to pay the price for their lack of consistency. Luckily for them, it seems that Nigel Pearson still possesses some of the magic that once saw him lead a miraculous fightback to overcome the threat of relegation at Leicester City. The fact that Watford has a chance of beating the drop at all is largely down to the work that Pearson and his staff have put in. They'll likely be fighting to the last day, but they might just pull off a great escape.

West Ham United
There’s been a bad atmosphere hanging over West Ham United for several years now. The boardroom trio of David Gold, David Sullivan, and Karren Brady is openly detested by almost all Hammers fans, and the club has never truly adapted to its new home at the London Stadium after saying goodbye to Upton Park. Fans are unhappy with the board and the players, and the appointment of David Moyes as a solution to the relegation threat may have been yet another poor decision on the board’s part. Moyes’ career has been trending downward from the moment he was fired from Manchester United, and there’s no sign that things are going to get any better for him at West Ham. After a long period of discontent and underperformance, this might well be the year that West Ham drops through the trapdoor.

Could other teams be sucked into the dogfight? Perhaps. Brighton aren't far enough away to consider themselves safe yet, and even Southampton and Newcastle will want a few more points on the board before they can start planning for another season in the top flight, but for our money, the teams going down will be three of the above five. If we had to pick those three, we'd say Norwich, West Ham, and Watford, but this is football, and anything might happen yet!