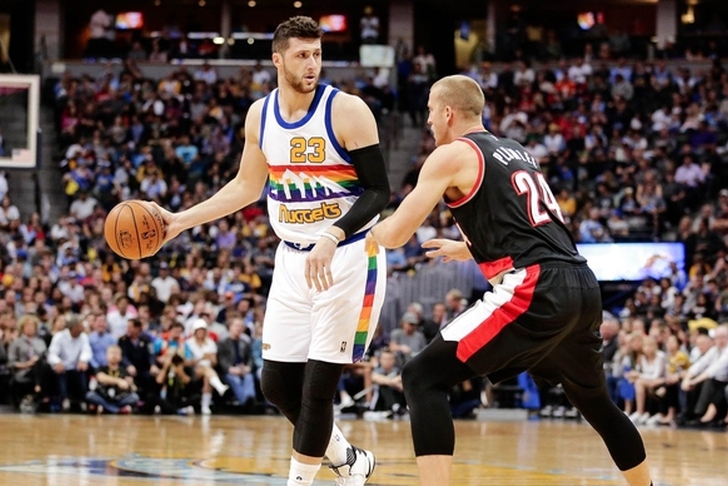 The Denver Nuggets have traded center Jusuf Nurkic and a first round pick to the Portland Trail Blazers for Mason Plumlee, according to Adrian Wojnarowski of The Vertical.

Portland sends Mason Plumlee a 2018 second round pick for Nurkic and a 2017 first-rounder (via Memphis), league sources tell @TheVertical

Portland gets size/strength, spares paying Plumlee extension this summer; Denver gets a good passing center to play with Jokic.

The 7-foot, 280 lbs. Nurkic was one of the more promising young big men in the league during the second half of his rookie season (2014-15), but has since lost his starting job to second-year forward Nikola Jokic. Denver had experimented with playing the two alongside each other, yet were unhappy with the results.

Plumlee's passing ability makes him a good pair next to Jokic, while Nurkic gives Portland the rim protection they've been lacking.

By making the trade, the Blazers now have three first round picks in the 2017 draft, which is considered to be one of the most loaded classes in some time. They also avoided having to sign Plumlee to a contract extension this summer, which Portland didn't want to do after signing Allen Crabbe, Meyers Leonard, Evan Turner and Festus Ezeli to big contracts this past offseason.

The Trail Blazers are currently 23-31 on the season, trailing the Nuggets by one game for the eighth and final playoff spot in the Western Conference.