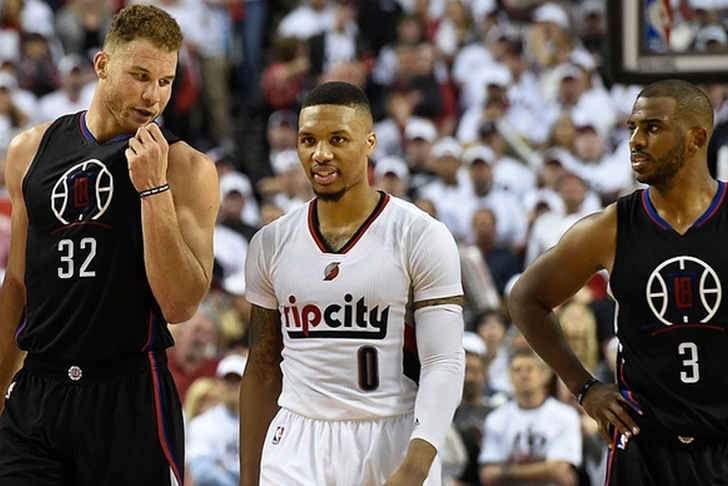 It was a sloppy game, but to the Portland Trail Blazers, it couldn't have been any prettier.

Neither the Blazers (40.9 percent) or Los Angeles Clippers (35.7 percent) shot the ball particularly well, but it was enough for Portland to pull out the 98-84 victory.

The game was ugly from the jump, yet the Blazers opened the game on a 12-4 run to build the early lead. It was an advantage they would hold for the rest of the game as LA was never able to take the lead.

That was largely because Clippers star point guard Chris Paul suffered a broken hand on this play in the third quarter:

CP bent his his ring finger on Henderson's back - he knew it was broken on the bench.https://t.co/BtjrS5EmkE

He did not return to the game, and his status going forward is in question. He will be re-evaluated when the team gets back to Los Angeles on Tuesday.

Paul finished with 16 points and four assists before leaving the game. Only Blake Griffin and Jeff Green (17 points each) had more for the Clippers.

Portland was led by a surprising performance from Al-Farouq Aminu, who dropped a career-high 30 points - including six three-pointers. C.J. McCollum also played well with 19 points, while Damian Lillard finished with 12 points.